It's not easy being green - I mean, a Mixed Reality developer

This is one that has annoyed me for quite some time. When developing your Mixed Reality app, I usually go like this:

An extremely unhelpful error message. If you copy the whole command in a command line and run the command yourself, you get a little more info

So here's a clue. Apparently some cruft stays behind preventing Unity from rebuilding the app the second time around. This is because Unity does not always overwrite all the files, presumably to to speed up the build process that second time. Only apparently they mess up sometimes. 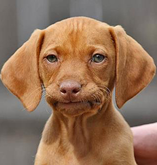 So then you go delete your generated app, but don't forget to retain some files you might want to keep (like your manifest file). You might add those to your repo - but then don't forget to revert after deleting, and oh yes, if you are testing on your local machine (and not your HoloLens or a different machine) you might find you can't even delete everything because it's locked. So you need to uninstall the app first. And this happens every second time you compile the app. And yes, this also happens when you use the Build Window.

I never thought I would ever write this sentence, but here it goes:

PowerShell to the rescue

This first step you only need to do when you are testing on your development machine, and not on a HoloLens.

We  need to find out what the actual package name of your app is. The are two ways to do this. The simplest one is going over to your package.appxmanifest, double click it, select tab "packaging"

Or you can just run a PowerShell Command like this:

Anyway, then you can make a script, call it "CleanApp.ps1" (or whatever you want to call it) and add the following commands:

So your typical workflow becomes now:

I deem you all capable of copying these lines of code from this blog post, so won't put any code online to go with this article.