For some reason you had to flash your HoloLens 2. For instance, because you lived on the edge and it started to misbehave after an Insider’s update. Or for some other reason - it happens. No sweat here, but at Velicus we distribute apps to our customers using a QR code pointing to a website hosting our MSIX. And after flashing we - and our customers - started to hit the following issue: the appinstaller did not start at all after tapping the install button.

My colleague Timmy Kokke suggested to look into the Edge developer tools and then we got to see the most peculiar error: 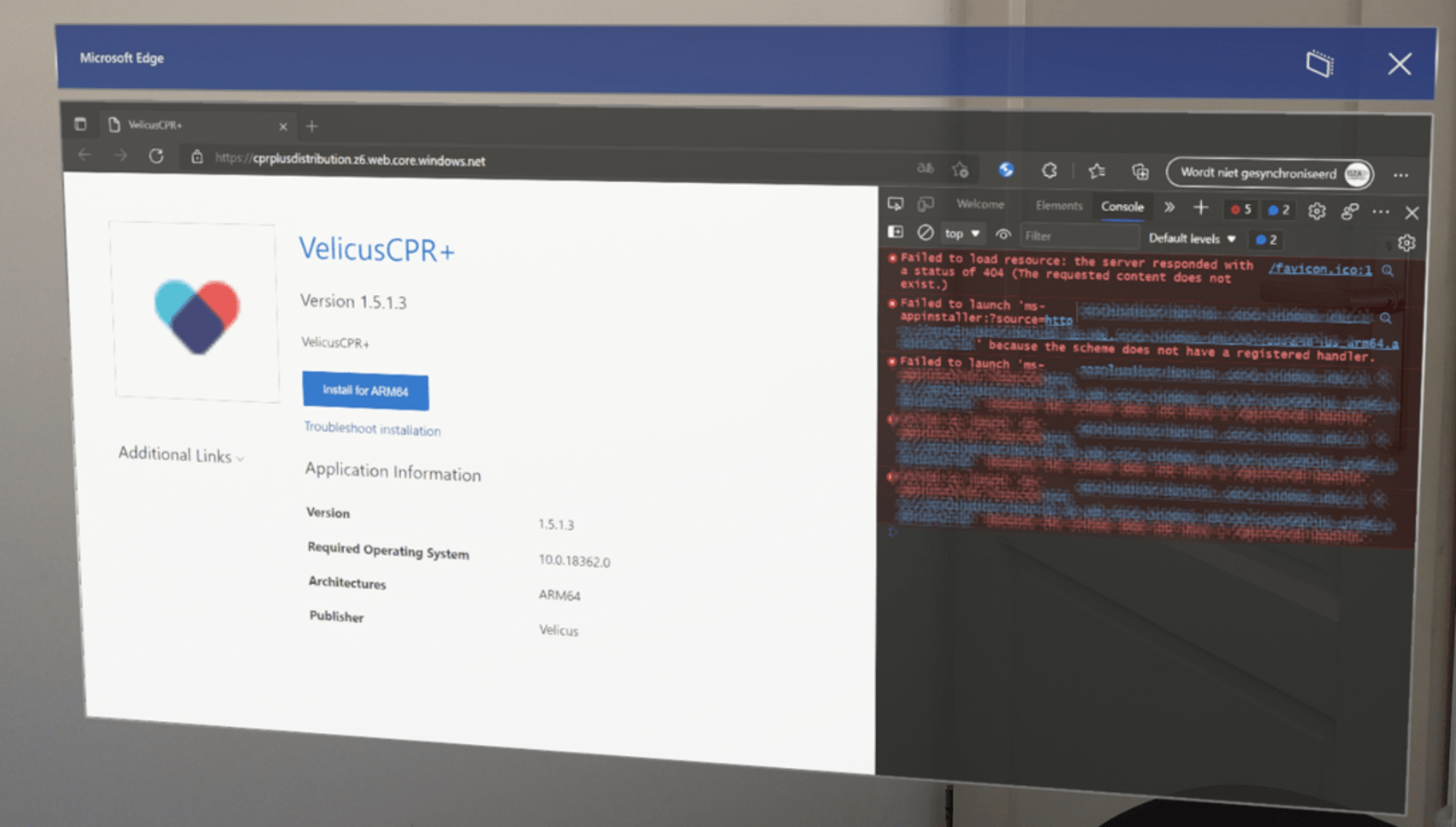 “Failed to launch ms-appinstaller:?source= [..]because the scheme does not have a registered handler”. Say WHAT? The appinstaller scheme is unknown?

After struggling with this for some time I contacted my friend Matteo Pagani, who had one suggestion that did not work, and then one that - weirdly enough - did work!

The workaround is as follows: 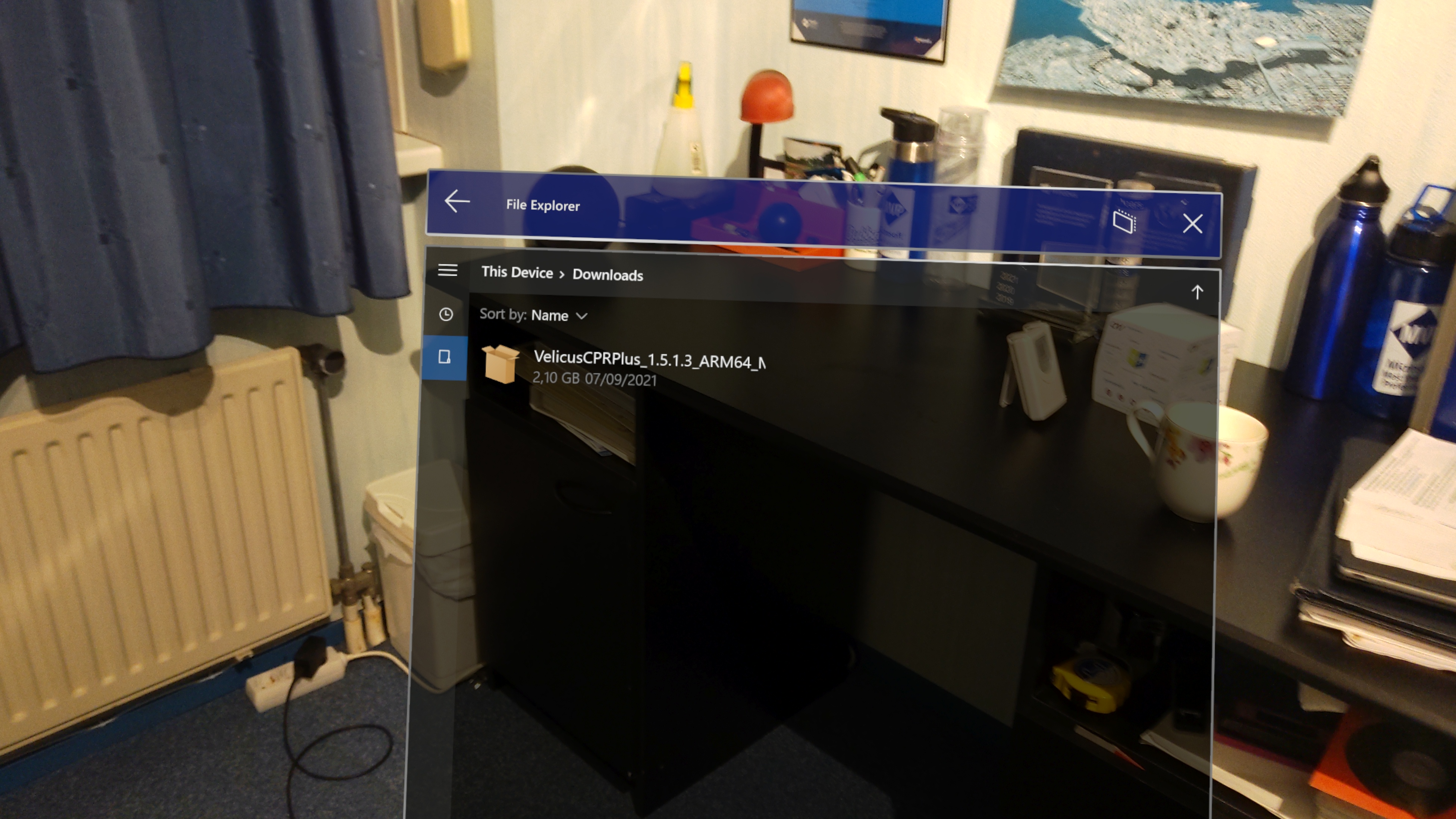 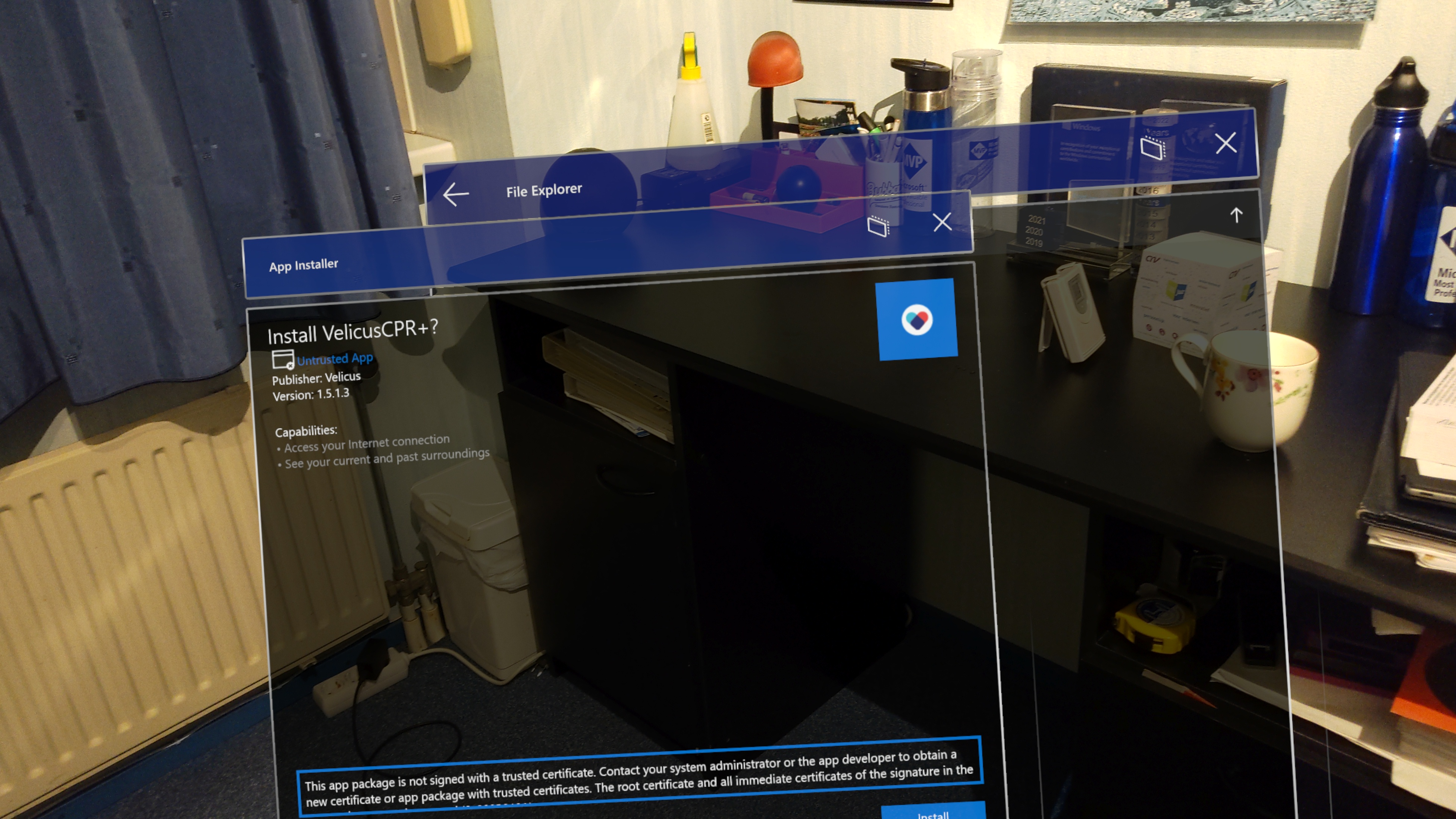 You have now ‘repaired’ your HoloLens 2 AppInstaller. If you now go back to your MSIX hosting website, open the app’s website, and hit the install button, the AppInstaller will work as it should. No more missing registered handlers. We have done this on two HoloLenses, and it seems to be consistent. Apparently starting one MSIX registered the scheme, and now your HoloLens can install from the web again.

Whatever Microsoft are paying Matteo, it can’t be enough ;)