In my previous post I showed how to read QR codes using native functionality of the HoloLens 2 and the Microsoft.MixedReality.QR package, using a MRTK Extension service to host the actual QR tracking. I also promised to show you how to position these QR codes in space, building a kind of ‘poor man’s Vuforia’ - using QR codes in stead of VU markers. And unlike Vuforia, free to use for any purpose, including commercial. This post is the fulfillment of the promise.

What we will build is essentially as analogue to Vuforia as possible. It will recognize a QR code containing the home address of my blog, then put a marker on it - and for good measure, an airplane on top of that marker as well. It will basically be this:

The general idea is that when a the app recognizes a QR code, it should put a ‘marker’ on it matching the exact location and rotation in space, and it’s apparent physical size. To make that happen, I have defined this game object structure in the Scene hierarchy: 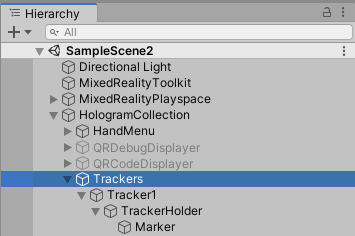 Important note: unless otherwise specified Trackers, it’s parent and child objects should all have position (0,0,0), rotation (0,0,0) and scale (1,1,1). Otherwise you will make your life possibly a lot more difficult.

This is the root object for a tracker. Tracker1 is the first (and only) QR code tracker in this sample, but there is no reason why there should not be more than one.

It contains only one behaviour: the QRTrackerController. This sports two properties you can set via the editor:

This is the object that is actually going to be positioned in space and scale. It contains only the SpatialGraphCoordinateSystemSetter behaviour.

It also has an AudioSource, but this is actually not used by SpatialGraphCoordinateSystemSetter but QRTrackerController

The marker is the thing that is actually displayed when the QR code is recognized. 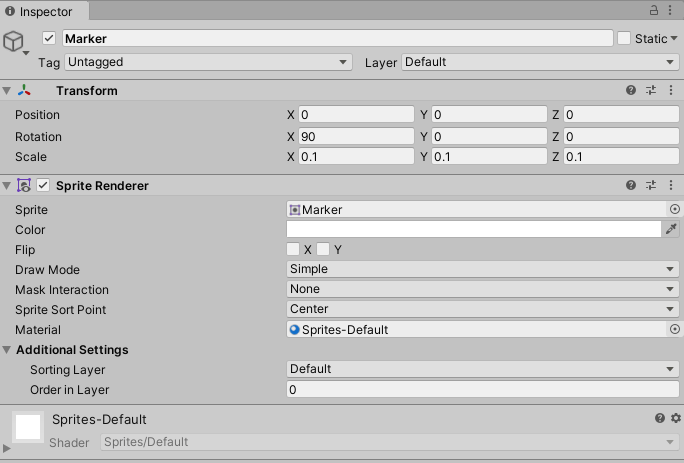 The important thing is that this object is flat and

I have used a Sprite, and it’s apparent size is default 10x10 meter, and default it points upward: 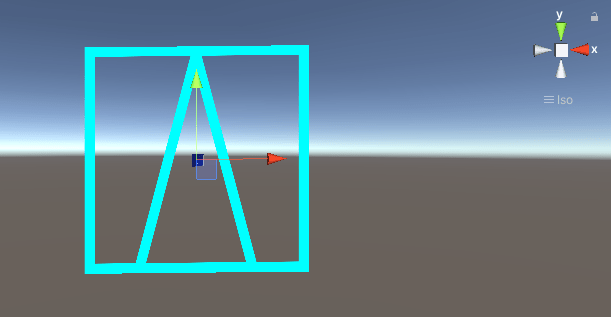 Basically we have one behaviour in control, the other being controlled and providing feedback. This basically stems from me initially not understanding the Microsoft Sample at all, and also because I thought it to be a good idea to keep the positioning magic away from the reading of QR codes.

In this approach things differ a bit from the Microsoft sample. There, the SpatialGraphCoordinateSystem continuously tries to follow the QR code and keeps (re)placing the QR code visualizer time and time again. My approach is more the one-shot approach, used to determine fixed points to know where certain key points in reality are. The QRTrackerController is control.

This is a behaviour that actually reads the QR codes and checks if it is the desired QR code.

It starts as follows:

We see the two properties you can set from the editor, the code to access the QR tracking service, and a couple of fields to hold the components used in the the display process - as well as the last encountered message. And there’s trackingCounter which I will explain in a bit

The next part is a bit more interesting.

In the Unity Start method the most important initialization is performed:

We set up a few event listeners:

The rest of the initialization code is simple and the same as in the previous post:

Well, except for this little part, that allows us to reset tracking. It can be used from the outside (and it will), but it’s also called when the SpatialGraphCoordinateSystemSetter fails to determine a position.

This code simply hides the marker and enables tracking again.

The processing of a QR code message happens in ProcessTrackingFound:

The trackingCounter is a weird thing. I have found out scanning the first QR codes always works fine, but the first scan of the second and following code might return the location of the previous scanned code. It does return the correct size though. Maybe an error in my code, maybe a lack of understanding from my side - and maybe it’s a bug in the Microsoft QRCodeWatcher. I can imagine it was was not taken into consideration some dolt - me - might scan the same QR code over and over again on multiple locations close to each other. And it is a preview package after all. At the time of this writing at version 0.5.2103.

Requiring the user basically scan the same code twice makes it a more difficult to get a good fix (as you might gather from the video), but it’s location is now at least reliable. And of course, if you don’t show the QR code text displayer all the user may notice is the need to look a bit longer at the same code.

Anyway - then it’s the SpatialGraphCoordinateSystemSetter’s turn. If it fails, it will call ResetTracking and the process can start again. If it succeeds, it calls SetScale:

It uses last message’s size directly as scale - this is why we needed to keep it, and this also shows why the markerHolder needed to be (1,1,1) and marker needed to be 1x1 meter: the PhysicalSideLength is given in meters - so if you apply that value as the scale, the scaled object will have the same apparent size as the QR code.

Anyway, as you can see it not only applies the scale, it also makes the marker visible, and it calls an event to tell the outside world the correct location and orientation is determined - kind of like it making it behave like Vuforia VU Markers. Also, it plays a sound, but that is just some song and dance - it’s not important to the process.

This is based upon the SpatialGraphCoordinateSystem from the sample by Microsoft and I will honestly admit I don’t understand some parts of it in detail. I understand it in a black box kind of way: a Guid goes in, a location and rotation come out. In global terms I changed a few things

The difference difference in location and rotation calculation between the original code (left) and mine (right). 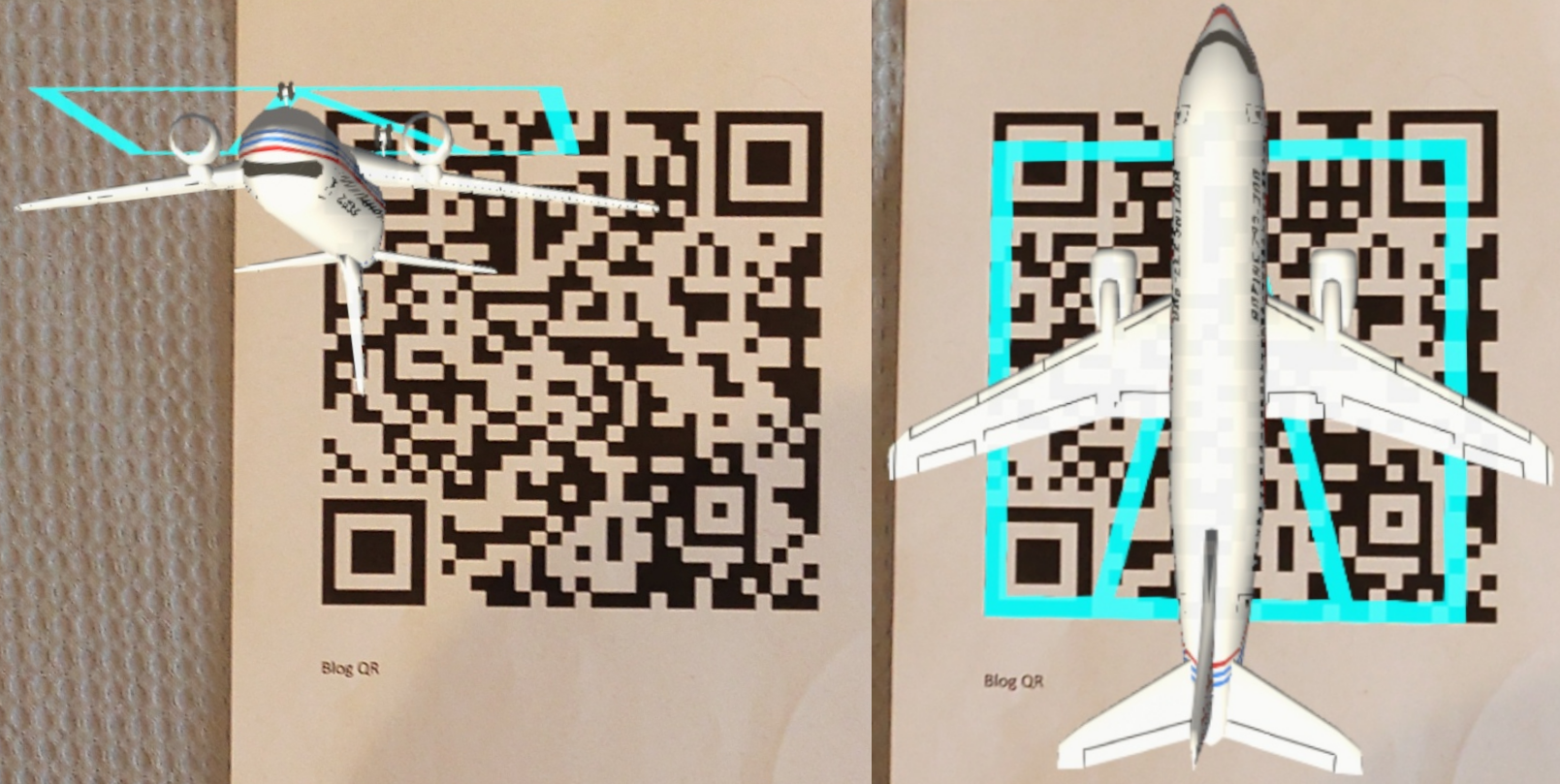 I have the audacity to claim my version yields a more logical result, but you are of course free to disagree ;)

Let’s start at the top.

Here we see the two events that I have already discussed. There is also the Tuple Tuple<Guid, float>>. This is where I store the input provided by the outside world. CurrentState I nicked from the Microsoft sample. It’s use will become clear in the next section

I basically nicked this from the Microsoft sample, I made it a bit simpler.

What this basically does is setting the value of CurrentState, and based upon that state it activates and deactivates the current game object (which is MarkerHolder, remember?)

Kicking off a localization

This is once again made by yours truly

You might remember SetLocationIdSize is called by QRTrackerController when it detects a QR code. The data is simply put into the Tuple. The Update method, called 60 times a second by the Unity game loop, will pop it and put it into the UpdateLocation. The == null check in SetLocationIdSize is to prevent race conditions.

Like I said, most of this is black magic to me. I have rewritten this part to be a bit simpler and made it call PositionAcquisitionFailed when it fails (in the sample goes in another loop) - which apparently can occur in three cases.

As far as I can see spatialGraphNodeId, containing a Guid, goes in; this returns a SpatialCoordinateSystem whatever that may be, then it gets another SpatialCoordinateSystem that is the root coordinate system, and then it does some matrix calculus that is a bit over my head - finally resulting in a Pose (which holds a rotation and a position). This Pose returns the top left point of the QR code like I said, and the rotation which makes an object point upwards out of the QR code.

NOTE: this code is nicked from the unity2018-old branch from the Microsoft sample, because I am using ‘Legacy XR’. I already mentioned that in the previous blog.

The next part is crystal clear, because I wrote that myself ;)

I have this simple cheat sheet on my computer:

All right, so now the orientation is okay, but it’s still sitting on the top left corner of the QR code in stead of on the center. So we have to move it

To move an object in its own reference frame, simply add (or subtract) the rotation times a world vector, as shown in the code.

This whole exercise was very enlightening to me and actually improved my knowledge of rotation calculation.

QRCodeTrackingService, QRTrackerController and SpatialGraphCoordinateSystemSetter work together and act kind of like Vuforia. Actually making use of found simply requires observing the PositionSet event of the QRTrackerController. This happens in the JetController

After all is set up, it’s simply the matter of tracking one event of the tracker you are interested in. This behaviour in put on an empty game object with a very much scaled down airplane mode;

To be more specific - the Boeing 737 you might recognize from my AMS HoloATC and/or ATL HoloATC app ;) 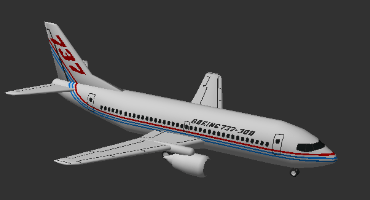 And finally there’s the hand menu that has no code at all:

It has only one button - Reset - which calls the public ResetTracking method of the QRTrackerController in the Tracker1 game object.

You can view and download the full code as described in this blog here and a slightly improved version here. 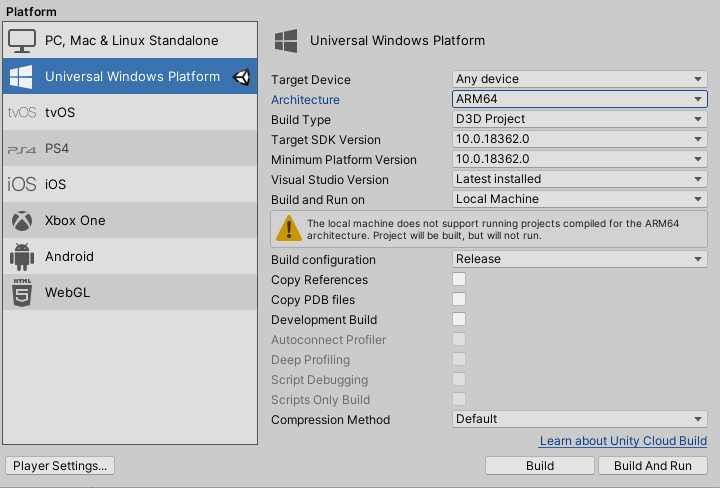 In the generated Visual Studio project, make sure 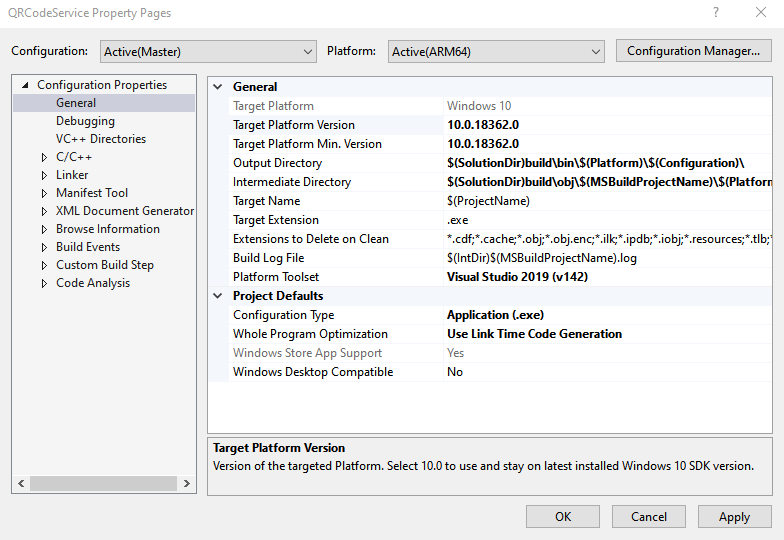 IF ALL ELSE FAILS

For some reason people regularly seem to be unable to build a package that actually works. Typically the app reads the QR code, but does not show the airplane. Even if I pull the code from GitHub, build it in Unity, and deploy it from Visual Studio following the steps above, it always works. So I would like to suggest carefully checking your steps if something does not work.

If all else fails, you can download a fully built package here. If even this does not work, there might be some kind of environmental issue. Try, for instance, setting you HoloLens to English/US.