This is a little tidbit I use in a lot of apps, for instance in the CubeBouncer and for floating info screens in my other apps. Basically I want to know a position dead ahead of the user, at a certain maximum distance, or closer by if the user is looking at a physical object that is closer by. Think of an invisible ray coming out of the HoloLens – I want to have a point where it strikes a physical object – and if there is no such thing within a certain maximum distance, I want a point along that ray at a maximum distance.

I made a little helper class for that, and it’s called LookingDirectionHelpers

Although it’s a small thing, it actually does quite a lot. If you call GetPostionInLookingDirection

This script requires the presence of a SpatialMappingManager prefab, for that’s the only way to find out which Unity layer contains the spatial mesh. If you want to call this script using a stabilizer (and I think you should), the InputManager should be present as well, as that will create a GazeManager singleton, which contains the stabilizer. So you can call this helper class like this:

And that will return you a point at either a Spatial Mesh, or at 2 meters distance from the user.

Although and the code involved is not very voluminous, I have gone all the way and made and – albeit pretty lame – minimalist demo for it that you can download here. This is based upon a HoloToolkit based setup as described here. All it does it, when you move around, is print the location onto the debug log. So this will only work in the Unity editor, on the HoloLens emulator, or on an app running in debug mode on an actual HoloLens – but you won’t see much happening on the device itself, just in debug windows on your screen. 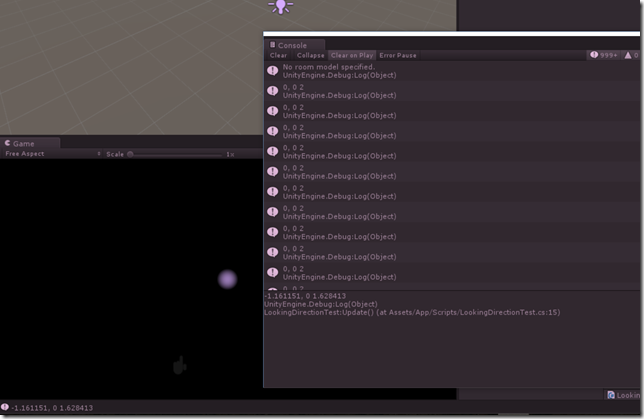 But it shows how it works and can be used, and that is the point. Later in this blog we will see a better application for this.

I have a confession to make: as a Microsoft MVP I got a bit earlier in on MRTK3 than the rest of the world. I’ve spent the time porting AMS HoloATC over to M...