The time has come. As I predicted in my previous blog post, it’s now possible to build a HoloLens app and an Immersive Apps (targeted toward the new immersive headsets) from once source, thanks to the awesome work done by the folks working on the Mixed Reality Toolkit. No need to keep two branches anymore. There is still some fiddling to do, but that is merely following a script when you create and submit the final apps. And script - that is exactly what I am going to describe.

Stuff you will need 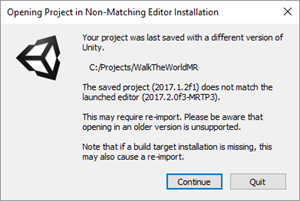 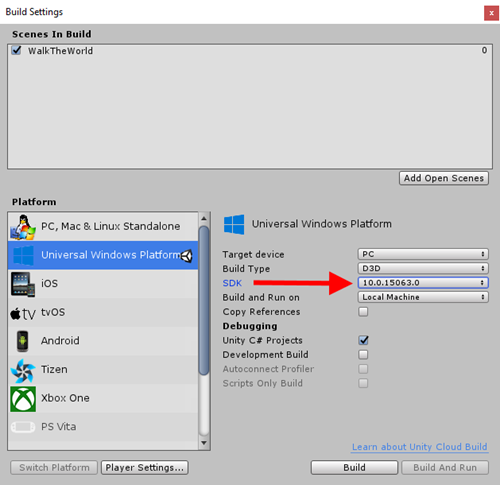 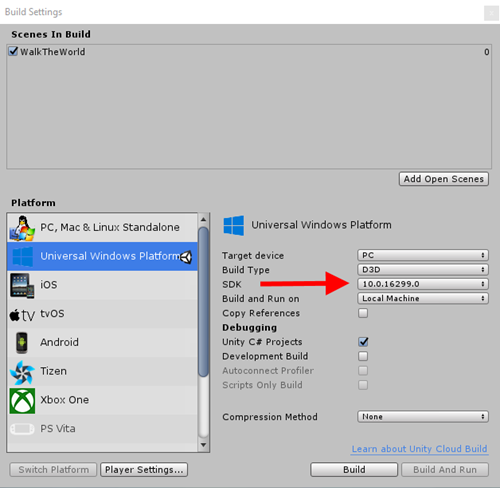 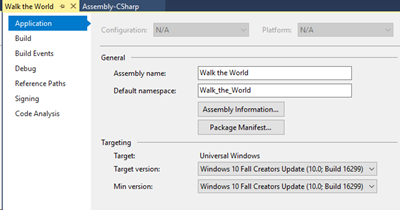 If you have done everything right, it should kind of look like this, as I showed in my previous post: 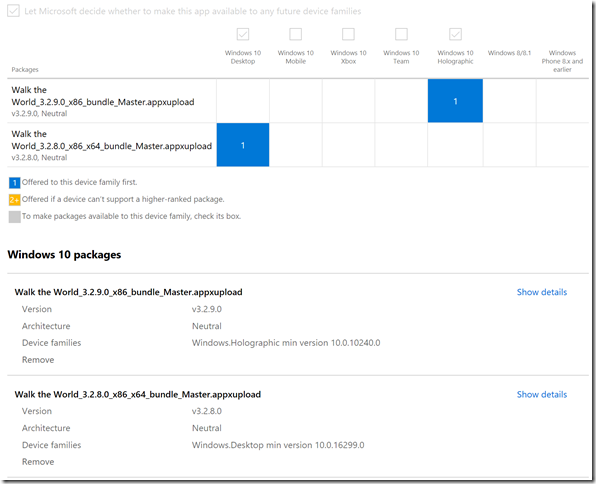 This is an actual screenshot from the version I submitted successfully to the store last week and has just been rolled out (I got it on my HoloLens and my MR PC yesterday,and just got the mail processing has been completed). Make sure to check out all the other checkmarks you need to check – see once again my previous post - to prevent from disappointing your users.

Some little tricks I used

The Mixed Reality Toolkit has now reached a maturity level that you don’t have to do much in your app to support both scenarios. The most dramatic change is using a Mixed Reality Camera in stead of the good old HoloLensCamera. The new camera has separate quality settings for HoloLens and Immersive apps. For HoloLens, this is default set to fastest, the “Opaque Display Settings” (those are for Immersive apps) is set to “Fantastic”. I tend to crank up the HoloLens setting notch one or two (in this case one) 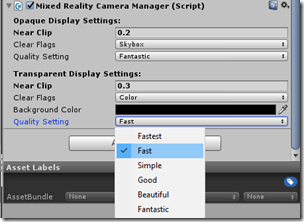 This results in considerably better graphics, but be very careful with that – you might hose your HoloLens app’s performance. So test thoroughly before messing with this setting.

Some little piece of code I use, stolen from inspired by Mike Taulty, to check if I am on a HoloLens or not:

Turns out I could call HolographicDisplay in the newest SDK, but not in the old one. Using Mike’s trick allowed it to work. Which allows me do to do simple things as

This, for instance, I use to disable the MotionControllers prefab inside the MixedRealityCameraParent because I don’t want all that stuff to be initialized. I 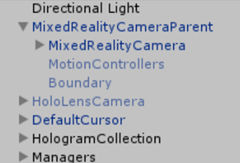 I also use it to skip the first phase of the HoloLens app – where the user has to detect the floor.

If you are writing a HoloLens app now, especially if you think general market, it’s almost a no-brainer to support Immersive headsets now as well. Although HoloLens seems to do pretty well worldwide judging from my download numbers, adding an Immersive app has added a serious spike to those download numbers, and opened my app to a considerable wider audience.

Disclaimer: as with everything in this super fast moving space, this is how it works now. I think the plan is for Unity to release a unified editor that can generate both apps in the near future. But it’s now already so easy that you would be crazy not to go forward already.

One final tip: be sure to regularly test on both types of devices if you are serious about expanding to Immersive. A bit of code that works fine on one type may not work so hot on another – or sometimes not even compile. You still have to watch your step, but it’s magnitudes easier now than it was in era running up to the Fall Creators Update release.

Enjoy! I hope you build something awesome!