Today, without much fanfare, the HoloLens 2 emulator became available. I first saw Mike Taulty tweeting about it and later more people chiming in. I immediately downloaded it and started to get it to work, to see what it does and how it can be used. The documentation is a bit limited yet, so I just happily blunder along the emulator, trying some things, and showing you what and how

Getting it is half the fun

Getting it is easy - from this official download page you get get all the emulator versions, including all versions of the HoloLens 1 emulator - but of course we are only interested in HoloLens 2 now:

Just like the previous instances, the emulator requires Hyper-V. This requires you to have hardware virtualization enabled in your BIOS. Consult the manual of your PC or motherboard on how to do that. If you don't know what I am talking about, for heavens sake stop here and don't attempt this yourself. I myself found it pretty scary already. If you make mistakes in your BIOS settings, your whole PC may become unusable. You have been warned.

Starting the Emulator from Visual Studio

The easiest way to start is from Visual Studio. If you have installed the whole package, you will get this deployment target. You can choose whether you want debug or release - the latter is faster.

But mind using x86 as a deployment target. Otherwise the emulator is not available. It may be that the HoloLens 2 has an ARM processor, but your PC has not. For an an app I just cloned the Mixed Reality Toolkit 2 dev branch, opened up the project with Unity 2018.3.x and built the app. The I opened the resulting app with Visual Studio. See my previous post on how to do that using IL2CPP (that is, generating a C++ app)

If the emulator starts for the first time in your session, you might see this

Just click and the emulator starts up. Be aware this a heavy beast. It might take some time to start, it might also drag down the performance of your PC down somewhat. Accept the elevation prompt, and then most likely Visual Studio will thrown an error as it tries to deploy as soon as the emulator has started, but it's far from ready to accept deployment of apps - the HoloLens OS is still booting. After a while you will hear the (for HoloLens users familiar) "whooooooomp" sound indicating the OS shell is starting.

Assuming you have installed everything in the default folder, you should be able to start the emulator with the following command:

This has been ascertained using the information in this blog post, that basically does the same trick for HoloLens 1 emulators 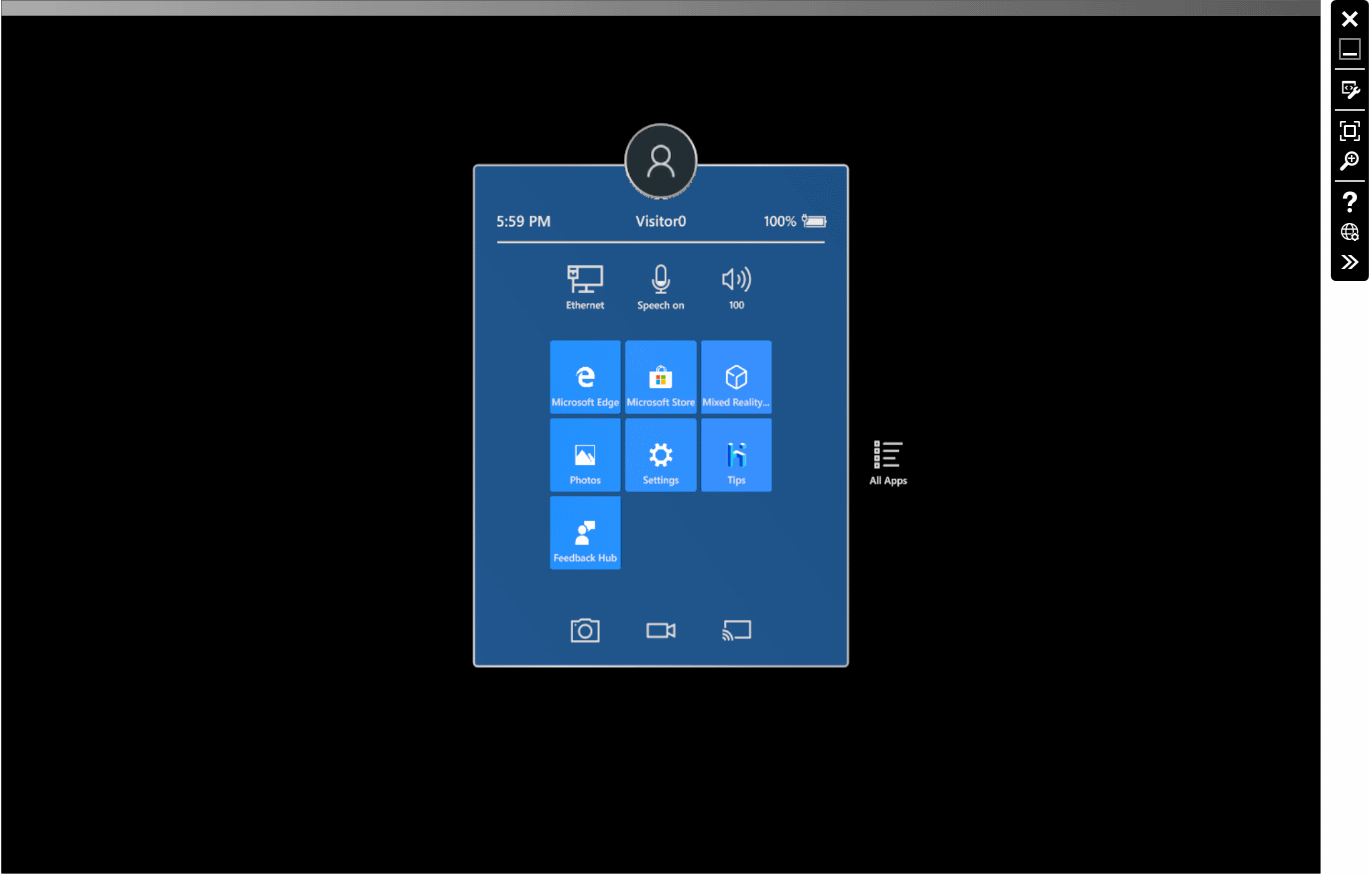 If you have followed the Mixed Reality development in the 19H1 Insider's preview, you will clearly recognize that the Mixed Reality crew are aligning HoloLens 2 with the work that has been done for immersive WMR headsets.

The download page gives some basic information about how you can use keystrokes, mouse or an XBox Controller to move your viewpoint around and do stuff like air tap and bloom. This page gives some more information, but it indicates it this is still for HoloLens 1 emulator.

However, it looks like most of the keys are in there already. The most important one (initially) is the Escape key, which - just like in the HoloLens 1 emulator - will reset your viewpoint and your hand positions. And believe me, you are going to need them. 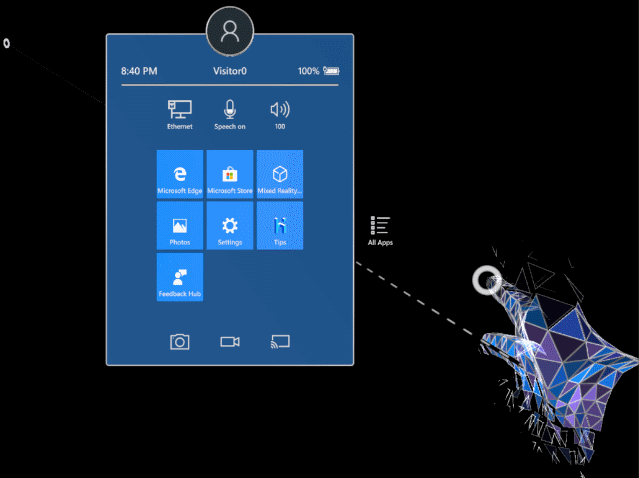 If you use an Xbox Controller, you will need to do the following:

Hands are visualized as show on the right. The little circle visualizes the location of the index finger, the line it a projection form the hand forward, to a location you might activate from afar - like ye olde airtap, although I am not quite sure of the actual gesture in real life.

It's a bit hard to capture in a picture what's happening, so I made a little video of it:

With the right stick, you control the hand's rotation.

If you click on red marked icon on the floating menu to the right of the emulator, you will get the perception control window. If you press the right bumper, the right hand panel expands, where you can select a gesture. Having a touch screen then comes in mightily handy, I can tell you 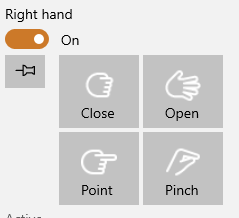 Some final thoughts (for now)

You can also see the buttons "Eyes". If you click that, I presume you can simulate eye tracking. But if you do that, the only thing I can see is that you can't move your position anymore.So I am probably missing something here.

I have done more things, like actually deploying an app (the demo shown by Julia Schwarz, the technical lead for the new input model who so amazingly demoed the HoloLens 2 at MWC) but that's for another time. This really wets my appetite for the real device, but for the mean time, we have this, and need to be patient ;) No code this time, sorry, but there is nothing to code. Just download the emulator and share your thoughts.