The Mixed Reality Toolkit is the foundation for nearly all apps built for HoloLens and Windows Mixed Reality immersive head sets. It has a lot of indispensable components that make building these apps not so much a breeze, but al least a lot less tedious. It’s a bit sparse as far as actual UI components is concerned. They are now in the process of merging the awesome UI stuff from the Mixed Reality Design Labs project in it. This process is not ready by far, so far there’s only some simple buttons in it.

But if you look into this part of the code in the Mixed Reality Toolkit on GitHub , you will notice there being three folders:

The last one contains the actual Mixed Reality Toolkit, the 2nd the Unit Test which are not very interesting for us right now, but the first contains a whole lot of examples. And in those examples, a whole lot of nice UI controls like a host of buttons, a slider, a check box, toggles, toolbars, a very cool loader animation, helpers to draw lines and curves and probably a lot I have not noticed yet. There’s also a lot of demo scenes to show them off. But the Examples folder contains 114 MB of assets, almost doubling the size of already hefty MRKT itself.

Extracting only the UI elements is pretty simple:

So you will end up with the following asset folder structure:

And then you can use cool stuff like this, as shown in the InteractiveButtonComponents scene: 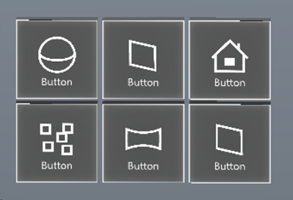 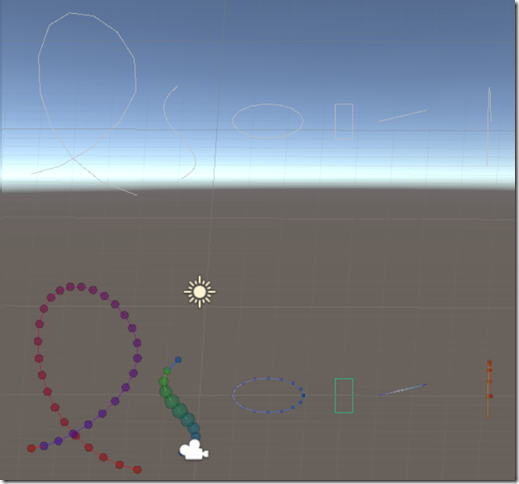 So far I have only used the icon buttons, but those are pretty cool in itself because they quite resemble the buttons in the Holographic shell, so your app’s user should immediately recognize what they are for.

No separate code this time, as all the code is in the MRTK repo itself. I do encourage your to root around through it, there’s quite some cool surprises in there.