Some people might start to think I am becoming a bit obsessed with the subject of air taps, as this the third post about this subject in two months. First I described how I wrote a Reality Collective Service to intercept air taps, later Finn Sinclair of the MRTK team explained this could be done simpler - and this merited blog post 2. But anyway, lately I upgraded AMS HoloATC to MRTK3 pre.9 and found I had full hand control now in both HoloLens 2 and Quest 2, with no extra code, which I tweeted about proudly.

Only to discover, some time later, this was not entirely true. The ‘raw air tap’ did not work. And I need that for the user to confirm the location of the airport. I assumed an issue in MRTK3 and opened one on GithUb, but as Finn explained to me in a comment, HoloLens adheres to the OpenXR standard by having an interaction profile that exposes actions performed by the user in a unified way. Unfortunately, the Quest 2 does not (yet). The reason why hand control for Quest 2 still works in MRTK3 is trickery by the MRTK team that makes it work regardless of that missing profile. That included everything, except for the raw air tap.

Spelunking into the MRTK3 innards

MRTK3 clearly has a way to visualize the hand tracking in Quest 2. So there must be a way to generate an air tap event myself, if necessary completely manually, by analyzing index finger and thumb joint positions. The only thing I had to find out was how they managed to get the data needed for visualization. Time to go spelunking into the MRTK3. Exploratory programming - one of my favorite occupations. :)

Anyway, if you pull the MRTK3 source from GitHub and run a random scene which has the MRTKInputSimulator in it, you can see what exactly visualizes the hand: 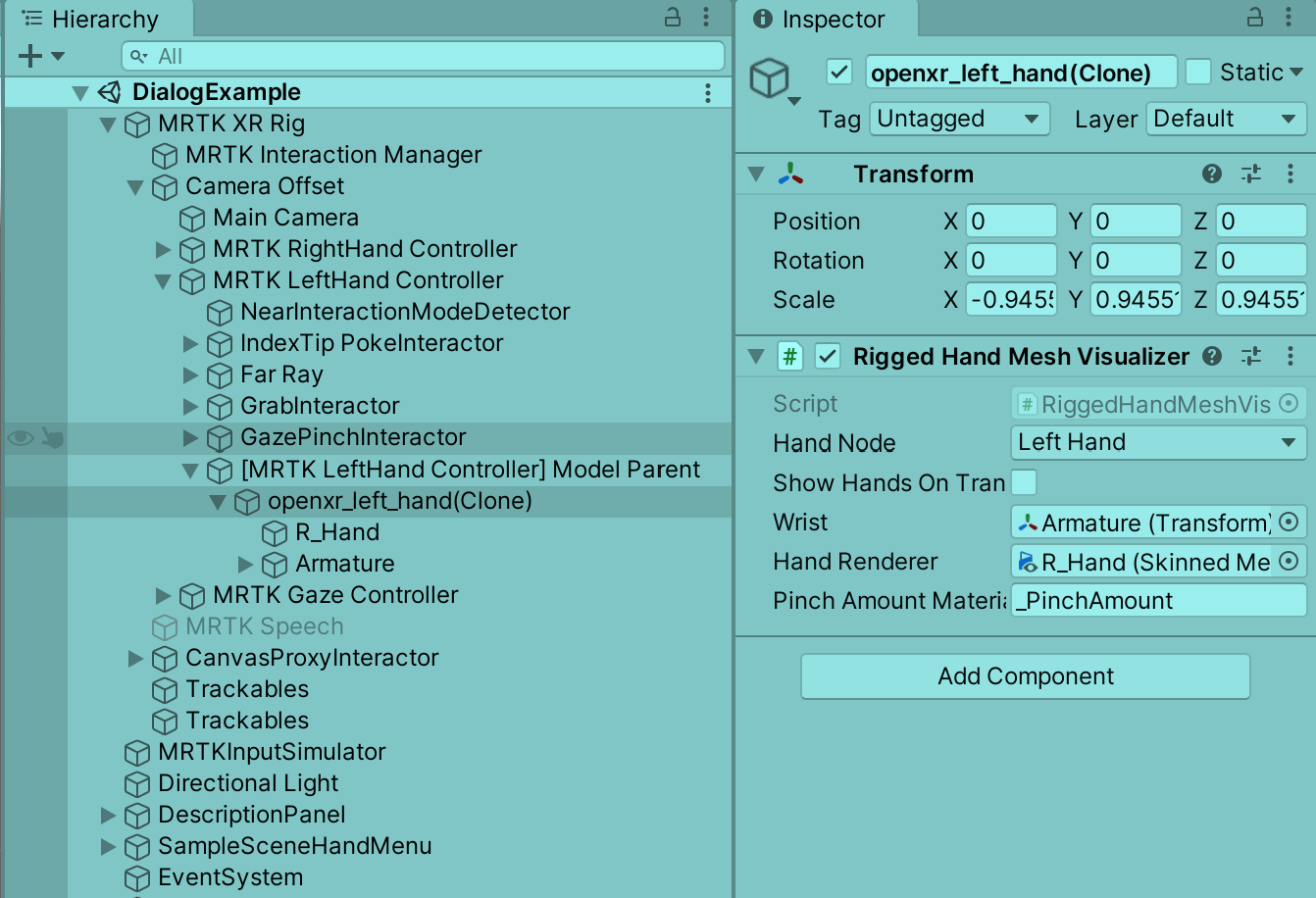 Having a look into RiggedHandMeshVisualizer’s code, the OnEnable method (hello again Finn) quickly spills some beans:

And just when I thought “well now I have to devise an algorithm to determine whether or not the user is pinching thumb and index finger together”, IntelliSense told me kindly not to bother:

Because Finn’s colleague David already built something for that:

So it turns out all the pieces I need are already in the MRTK3!

I went back to my first implementation of intercepting a raw air taps - the Reality Collective Service - to make it both intercept air taps on HoloLens and Quest 2, with the goal of making something that would work in such a way that the developer using it would not need to worry about it running on either device.

I adapted the service’s Start method to not only look for the controllers, but also the necessary subsystem, storing that in a private field:

And you can see where this is going: the code first tries to check if an air tap is received by the ‘regular’ method, that is - via the XR Interaction Profile. If returns true it does not need to look further.

However, if nothing is received by the first method, it calls the other one, which looks remarkably like the first one:

And the secret sauce, if it’s worth that name, is of course simply calling David’s method:

And lo and behold, the raw air tap now also works in Quest 2.

and basically do not have to care at all whether their app runs on HoloLens or Quest 2.

Why back to the old method?

As I described in the previous post, I was explained by Finn my method of intercepting air taps is a bit convoluted and could be achieved in a simpler way. While that’s certainly true, this method is cross platform now and not in some future where Meta decides to make a proper interaction profile for Quest 2. And when the proper interaction profile comes, I can just change the implementation of my service - the MonoBehaviours using it won’t know the difference and don’t need to be adapted.

Because you see, I found out the following interesting thing. In my previous post, I showed you how you could drag Input Actions onto input references, remember? 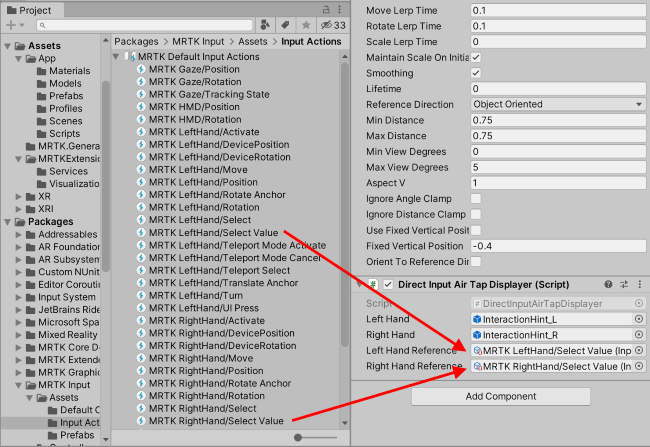 And wouldn’t you know it - you can attach to the performed event like this:

Just like a reference that’s dragged on your behaviour. So when the interaction profile comes, I can just tap this event in my service and be done with it. To be honest, I am more a proponent of explicit access via code paths than via implicit access via drag & drop Unity references anyway. Moreover, a service like this can be mocked and tested. So for the moment, I think I will stick with accessing input events via this service after all.

Project can be downloaded from GitHub as usual.