For my blog videos I tend to use Camtasia and I was not very amused when the 2019 version stopped working on my big development box - while it kept running perfectly on my laptop. Along came the 2020 version, and that did not run either. 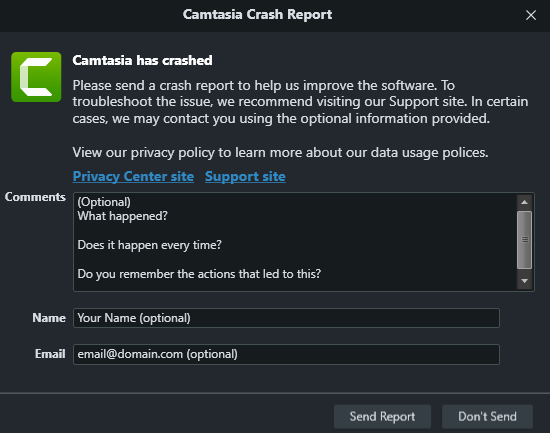 A prolonged conversation with Tech Support followed, but nothing we tried worked. It just crashed at startup. The error message I found, digging into log files and the event viewer, came deep from within .NET

To make matters worse, when I re-installed a Unity support plugin for Resharper - I got the same error message.

First, I had my wife login on the machine and had her start Camtasia. Flawless start. So it had to do with some setting in my profile. Second, ignoring the suggestion to delete my profile and start again, I got in touch with fellow MVP Rafael Rivera who analyzes crash dumps for fun while having breakfast

. He could find nothing special, but he made one crucial remark - about color profiles. He was not entirely correct - but very nearly so. He told me to remove device specific color profiles, but that did not help. And then I found this post, handling about an entirely different product (‘Affinity Photo’), but with the same error message.

It turns out, you have to look at the advanced tab: 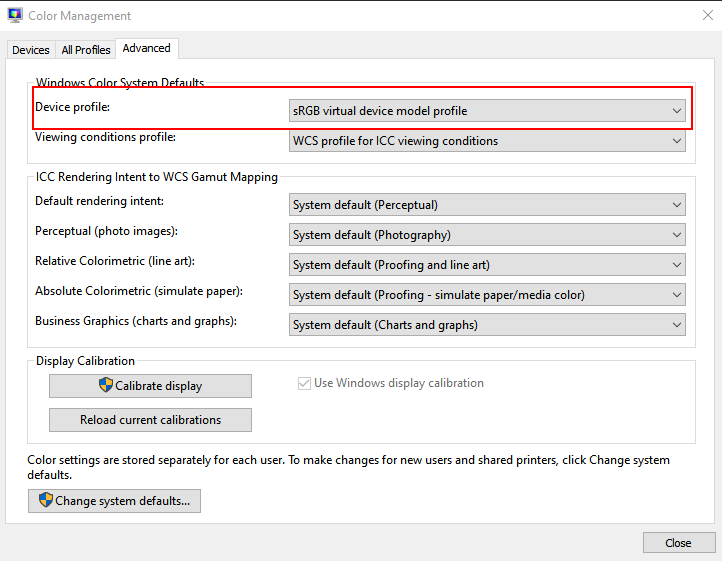 Rafe’s remark made me look on the first tab, but this post made me look on the second tab. I am not quite sure what I had selected - but if I have the selection displayed on the image above, Camtasia and the ReSharper plugin crash. If I take the Affinity forum suggestion and set it to System Default:

The problem does not occur

Never, ever mess with color profiles. I have GoogleBinged for error solutions for quite some time, but only when I added “color profiles” to the query string this popped up. TechSmith tech support was not familiar with it either - it’s apparently a very dark corner of Windows where not much people are familiar with. So if this error occurs in an application - either a third party app or one made by yourself - you know where to look. Because it was so hard to find, I decided to write a blog post about it.